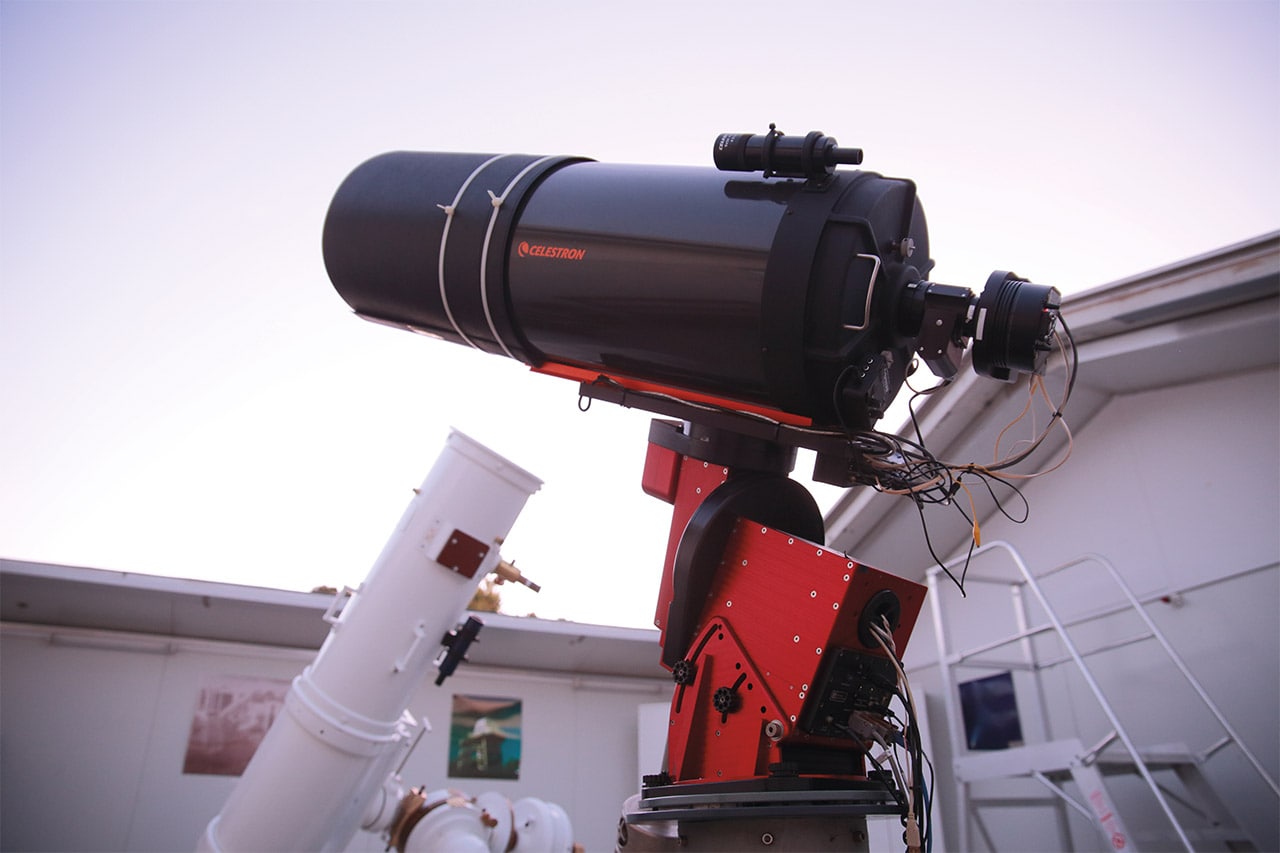 The R-COP telescope is our internet connected outreach & research telescope that is part of the Skynet Robotic Telescope Network which contains at least 20 telescopes and was set up by the University of North Carolina at Chapel Hill (Not Cyberdyne Systems) in 2004. R-COP is an abbreviation and it stands for:

On average approximately 25,000 images are taken by the R-COP telescope every year and each operational night it captures approximately 1GB of images. There is also monitoring equipment on the Visitor Observing Facility (The VOF) where the R-COP telescope is housed that monitors the weather conditions automatically, an will only open the VOF’s roof when conditions are safe and clear.

Because the Skynet Robotic Telescope Network was originally set up to observe gamma-ray bursts (GRBs), if a gamma-ray burst is detected by satellites and the weather agrees, the R-COP telescope will instantly move to image the gamma-ray burst.

As of the 1st of April 2016 Skynet has published 56 papers and 350 official observing reports.

#CoolSpaceFacts: Within M16, the largest of the 3 Pillars of Creation is approx. 4 light years high. The Stellar Sp… http://t.co/b5VgROUlgo