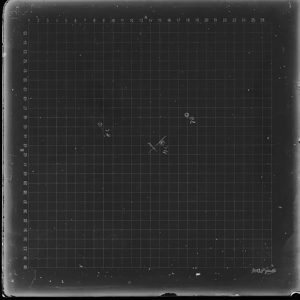 In Paris (1887) an audacious international 10 to 15 years project commenced that required the photographing the entire night sky to a certain ‘brightness’. In fact, there were two projects, one called the Astrographic Catalogue (AC), to construct a catalogue of the position of millions of stars, the second, the Carte du Ciel (CdC), translating to ‘Map of the Sky’ that was to construct charts of these catalogues. Most of the observing was done in the early 1900 until about 1920, but due to the sheer volume of data and manual process, work was still being done in the early 1970s on publication; the AC was completed, the CdC was never completed.

In 1901, the Perth Observatory was asked to take over the ‘zones’ in the sky that had been allocated to Rio De Janeiro. The first plate taken was on the night of November 4th 1901, over a year after the arrival of the Sir Howard Grubb telescope in 1899 at the original Perth Observatory in Perth CBD, Mt Eliza.

Unfortunately, many of the early plates were rejected due to problems with the early emulsions failing.

The picture above shows the 1st Perth Astrographic Catalogue (ASCAT) plate taken with a cross marked at the centre of the plate. The photo below is an enlargement of close to the centre, a process by which the mean of the 3 measures would increase the accuracy of the stars position.

It is also interesting to note that the measuring of the glass plates was performed by ‘computers’, in those days a person, and in Perth’s case, 11 very capable ladies working at differing times between 1908 to 1918.

Due to financial issues, 6 volumes were published by 1916, the remainder between 1948 and 1952 with assistance in measuring by Royal Edinburgh Observatory.

In November 2018, the Perth Observatory Volunteer Group (POVG) were successful in obtaining a preservation project grant from Lotteries West.

The primary aim of the project was to preserve the analogue data that resides on 6-inch square (16 x 16 cm), as well as 6-inch by 3.5-inch (16 x 6 cm), astronomical photographic glass plates that are stored at the Perth Observatory and deteriorating with age. In addition, metadata relating to the image on the plate was recorded on the envelopes and in a series of observing books, this data is also being preserved. The plates were produced primarily by the Sir Howard Grubb standard Astrographic telescope built in 1897 in Dublin, and installed originally at the old Perth Observatory, Perth, Western Australia (opposite to the entrance of Kings Park) in 1899, and later when it relocated to Bickley in the Darling Range.

#Perth #WA Join us at the York Recreation & Convention Centre Oval for an evening of free stargazing on Saturday th… http://t.co/OQnO8N7jai

✨What's in the sky this month? Check out @matty_woods for the @perthobs newsletter to find out. Read it here 👉🏻… http://t.co/RC6vWPWpNH