Uranus can be found in the Constellation of Cetus (The Sea Monster) in the early evening this month. It’ll rise at 10:21 am (AWST) at the start of September and by the end of the month it’ll rise at 07:43 pm (AWST). Neptune, the last planet in our Solar System can be found in the early morning sky in between the Constellations of Aquarius (The Water Bearer), Cetus (The Sea Monster) and Pisces (The Fish) the whole of September. The planet will rise at 06:32 pm (AWST) at the beginning of September and will be viewable at the start of the night at the end of the month.

The Zodiacal light season begins on the 1st of September. As the Sun approaches the September Equinox on the 22nd of September causes the back-scattering of light off of dust particles spread out along the ecliptic plane (The apparent path of the Sun’s motion on the celestial sphere as seen from Earth). Spring and Autumn are the best times to see this pearly glow in the dawn or dusk. This is due to the steep angle of the ecliptic relative to our horizon. The September Equinox season favours dusk for the Southern Hemisphere, and dawn for the Northern Hemisphere; and the reverse is true near the March equinox.

To see the zodiacal light, go out around an hour after sunset or an hour before dawn, and look from as darker a site as possible. Any light pollution or faint glow from distant cities on the horizon will destroy the ethereal glow. The zodiacal light will appear as a slender pyramid-shaped glow, tracing the length of the ecliptic plane.

On Monday the 23nd of September, The Southward Equinox occurs at 03:50 pm (AWST), marking the beginning of astronomical Fall for the Northern Hemisphere, and the start of Spring for the Southern Hemisphere. This is an exact moment when the Sun’s declination equals 0 as seen from the Earth. The two points where the ecliptic or the imaginary path the Sun seem to trace out along the celestial sphere meets the celestial equator are known as the equinoctial points.

In the 21st century, the September Equinox last fell on September 22nd on 2016 and will fall on the 22nd or the 23rd until 2092, when it will begin falling on September 21st every fourth year.

The Equinox (literally meaning ‘equal nights’ in Latin) means that night and day are nearly equal worldwide, and that the Sun rises due east of an observer on the equinox and sets due west. The Full Moon nearest to the September Equinox is known as the Harvest Moon, a time when farmers use the extra illumination at dusk to bring in crops. In 2019, the Harvest Moon actually falls on September 22nd.

The term Equilux is sometimes used to discern the difference between the true Equinox and the point when sunlight length actually equals the length of the night. Several factors play a role in this, including the time it takes the physical diameter of the Sun to clear the horizon, atmospheric refraction, and the observer’s true position in their respective time zone. The Equilux occurs within a few days of either Equinox.

Things to Look at This Month:

Albireo is a double star that is 390 light years away from us located in the constellation Cygnus. Albireo is the “beak star” in Cygnus the Swan. The origin of the name is through several mistranslations between Greek, Arabic and Latin. It is a good wide double star with strong colour contrast, possibly the best available to modest telescopes. It is low in the North and only available for a few months of the year during the late winter and spring. The primary star is yellow/amber in colour whilst its companion is blue/green.

The primary star is, in fact, a close binary also, however, it is too close and faint to detect without very large telescopes and excellent observing conditions. The stars revolve around one another in about ~100 000 years. The primary star is ~5 times the mass and ~1 200 times brighter than the sun but with a cooler surface temperature of ~4 100 K. The secondary star is ~3.2 times the mass and ~230 times the brightness of the sun with a surface temperature of ~12 000 K.

The Sculptor or the Silver Coin Galaxy (NGC253) is a barred galaxy in the Sculptor constellation roughly 67,000 light years in width. It was discovered by Caroline Herschel in 1783, whilst carrying out a comet search. It is one of the Sculptor group of galaxies, which is grouped around the south galactic pole (These galaxies are sometimes named “The South Polar Group”). The Sculptor group may be the next closest group of galaxies beyond our Local Group, located about 11.5 million light-years from Earth.

Often called a Starburst galaxy because it has a large number of stellar nurseries in which many hot young blue stars are being formed. This is due as a result of a collision with a dwarf galaxy approximately 200 million years ago. The process of star formation and subsequent explosion as supernovae occurs at an unusually high rate of star birth.

These young stars emit radiation that causes the hydrogen gas to glow brightly in pink. NGC253 has many Wolf Rayet stars (WR stars start off as hot massive stars, around x20 solar masses, that rapidly lose mass by blowing their hydrogen envelope away in the form of high-velocity stellar winds.) The Silver Coin Galaxy also has a large proportion of dust, although not in clearly defined lanes, such as those found in the Milky Way Galaxy.

With an apparent magnitude of 7.2, it’s the second easiest galaxy to see after Andromeda and not including the Milky Way’s two satellite galaxies (The Large and Small Magellanic Clouds). With good viewing conditions, it can be seen with binoculars with a long axis ~2/3 of the full moon.

47 Tucanae (NGC 104) is the second largest and second brightest globular cluster in Milky Way. The Globular cluster is 16,000 light years away from us and is located in Constellation Tucana (Named after the Tucan bird) and it’s a naked eye “star” and clearly visible in binoculars as a “fuzzy blob”. Omega Centauri contains at least 1 – 2 million stars and the cluster has a diameter of roughly 120 light-years and the stars are roughly 10 billion years old. The average distance between the stars at the centre is around 10% of a light year or more than 100 times the diameter of our solar system. In February 2018, indirect evidence for a likely intermediate-mass black hole in 47 Tucanae was announced.

Phases of The Moon: 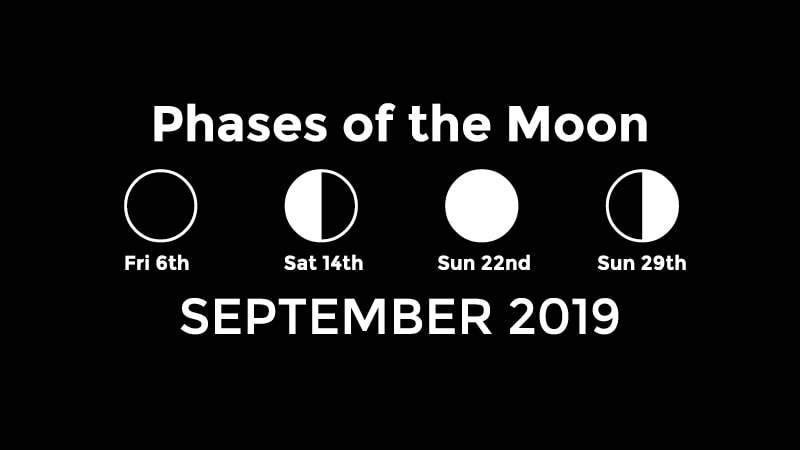